I am impressed by the quality of the product. It was well built and met my expectation.

Super easy to use. It did not take me a long time to figure out the features.

The functionality/usability it provides compared to the price is pretty good. 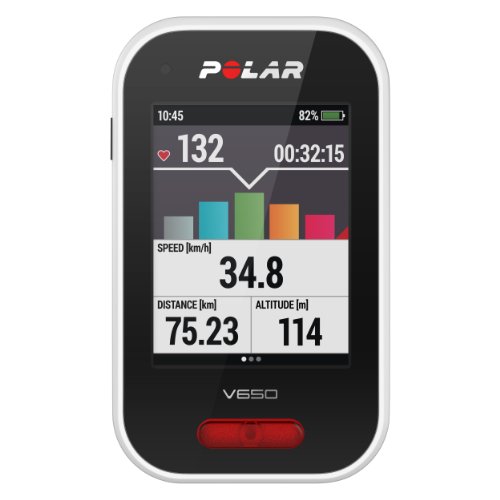 The Polar V650 Model is one of the go-to cycling GPS for serious bike lovers. It's a brilliant GPS bike computer packed with performance monitoring functions and built-in maps.

I personally like the way it operates, and I must admit, the battery life is super awesome. From my testing, they are capable enough to last long.

Sure, you will get some high-end stuff on other models, but it's a performance beast with monitoring functions and built-in maps for a reasonable price.

The recent update was sufficient to keep the V650 competitive, and will it be able to shrug the competition against the onslaught from more competitive models such as Garmin and Wahoo? It’s a possibility. 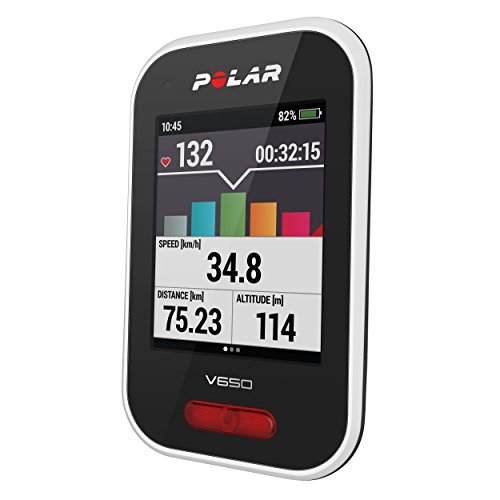 If you are a Polar enthusiast, you might have probably noticed a trend from the manufacturer since 2017. Polar has developed the habit of refreshing both the hardware of their hardware and software of existing models and giving them a new model number.

The assumption that the same would happen for the V650 is a false one, but instead, with this new model, we see the addition of more features to an already feature-full product.

Though it lacks the live GPS tracking and turn-by-turn navigation, the V650 offers ANT+sensor capability, which will allow the GPS to be paired with heart rate, and pedal power/cadence for advanced metric monitoring.

The GPS is also built to perform a variety of navigational and metric-tracking stats.

Who is it For?

The Polar V650 cycling computer is for cyclists looking to improve their fitness and expand their training horizons.

The V650 can monitor your cycling thoroughly. Given that it can support all the metrics that both a professional and an amateur cyclist may need, this GPS will allow you to boost your training and see the benefits immediately after your ride.

With the recent addition of Open Street mapping, the Polar V650 will dare you to explore new paths without the fear of getting lost.

From a pure design perspective, the V650 is aesthetically pleasing, and that’s not me alone; my sentiments are further underlined by the fact that this GPS won the Red Dot design award.

The V650 has a simple visual design, which seems to lack from other GPS units. In addition, the black and white shell with a contrasting red “action” button further complements the visual aesthetics.

The V650 has taken its design cues from the smartphones we know. For instance, the central “home” button doubles up as the start and stop button (held down) and lap button (tapped).

Pressing the side button on the GPS will pop up a sub-menu for screen lock, calibration, sensors, and turning the unit on and off.
The GPS similarly features an Androidish pull-down menu, which will allow you to adjust the screen brightness, alert sound volume, and light settings.

The 2.8-inch-high contrast color touch screen will allow you to access a wealth of information, while the backlight makes the screen visible even in bright sunlight.

The touch screen has a touch sensitivity similar to that of a mobile phone and isn’t troubled by full fingers or insulated gloves.

The Polar V650 is not a small unit. Weighing 118g, the V650 comes in towards the heavier end of the scale, but unless you are a weight weeny, its weight doesn’t affect your biking experience. 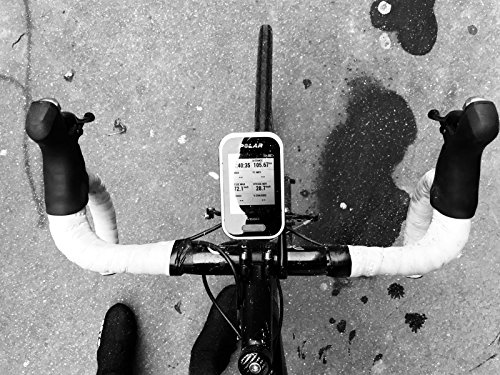 We have a familiar quarter-turn mounting system on the back of the unit to keep the V650 securely planted in the mount.

The stem/handlebar mount employs a twisting lock mechanism that secures the V650.

A tabbed disc built into the back of the unit mates with the mount twisting it 90 degrees to lock it in place, while the ratcheting teeth will prevent the device from rattling free.

GPS is a new thing for Polar, at least in an integrated form.

In 2012, with the launch of RC3, Polar began to integrate GPS into their devices. Before then, you had had to have an additional sensor, which was an irritating extra.

With the Polar M460, however, you get an in-built GPS, and most importantly, this new feature is impressively quick in new locations, and you will not have any issues with signal drops.

ANT+ has a proven record of low power protocol for wireless data transmission and will allow you to get instant feedback after each session.

The V650 will also support other Bluetooth sensors, including pedal cadence, bike speed, and power pedals.

The compatibility of the V650 Bluetooth smart includes Polar’s Bluetooth sensors and third-party HR sensors like the Wahoo Tickr/BlueHR.

For a long time, Bluetooth has suffered from excessive power consumption. As a result, the Bluetooth Smart, also known as Bluetooth low energy, was explicitly designed for the low power protocol.

Though it shares a similar radio frequency as ANT+, Bluetooth Smart is on an open channel. And given that it’s increasingly becoming popular with mobile phones and tablets, it’s setting the new standards for wireless transmission.

The Polar V650 is full of excellent features that will take your training sessions to the next level.

The Recovery Time feature, for instance, will display your current state of preparedness and show you the time necessary for recovery before hitting the road again.

This will prevent you from overdoing it and, most importantly, allow you to optimize your training sessions.

The Training Load is another remarkable feature showing how training affects your body. It’s similar to the Recovery Time feature, only that it goes ahead to compare the load of different rides.

However, its primary role is to monitor your load continuously, allow you to recognize your limits, and adjust your training intensity and duration accordingly.

If you’re looking to shed a few pounds, the Smart calories feature will show how many calories you’ve burned.

The calorie metric is based on several factors such as weight, age, height, HRmax, and your intensity of training.

While the lack of route navigation and Wi-Fi connectivity is a bummer, the Polar V650 is a capable entry unit in the GPS domain and has plenty of room for growth.

The simple yet intuitive interface, plus the inclusion of sufficient features, will satisfy even the most demanding cyclists.

In particular, it will have the most significant appeal for those relying on a smartphone to record their ride data.

Conclusion: My Thoughts on Polar V650

I am a big believer in quality. So if you ask me about this product, I would say just go for it.

Sure it has some certain flaws that could make this product even better, but considering the price and the ability it gives, I am happy that I bought it and tested it out.

I got it when it has a deal, but you can check & see if there’s any good deal available here. 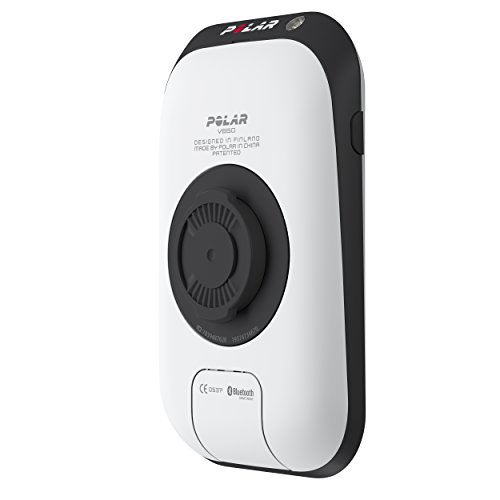 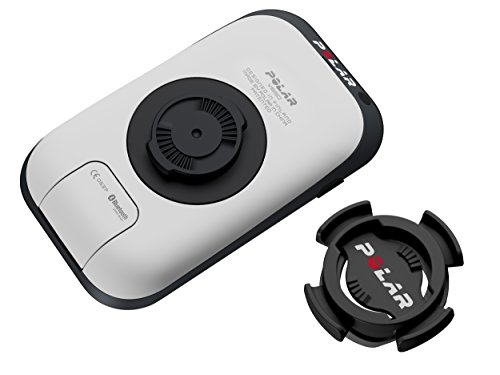 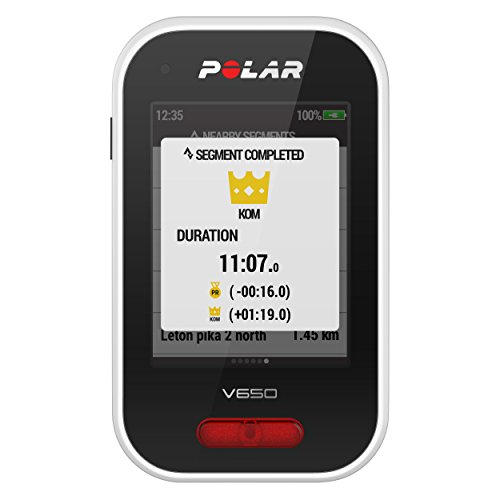 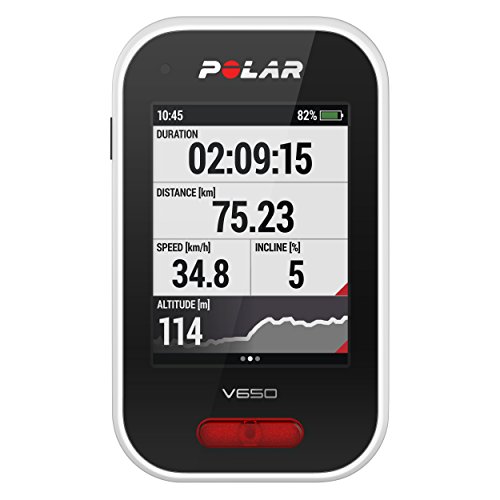 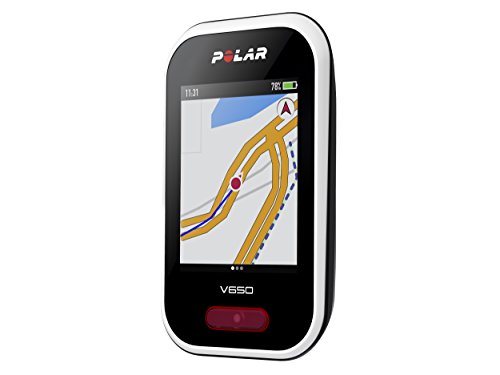 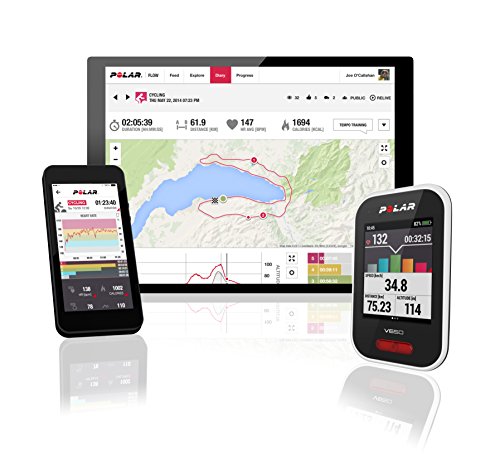 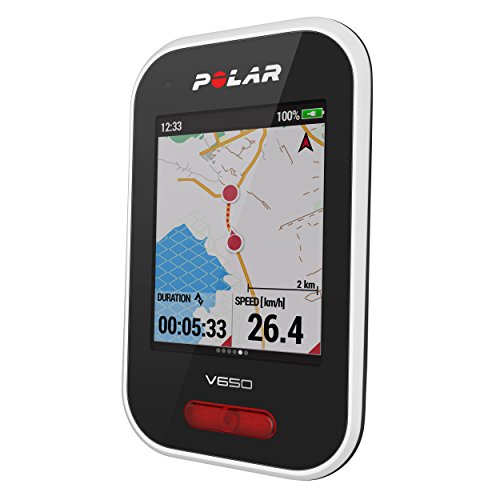 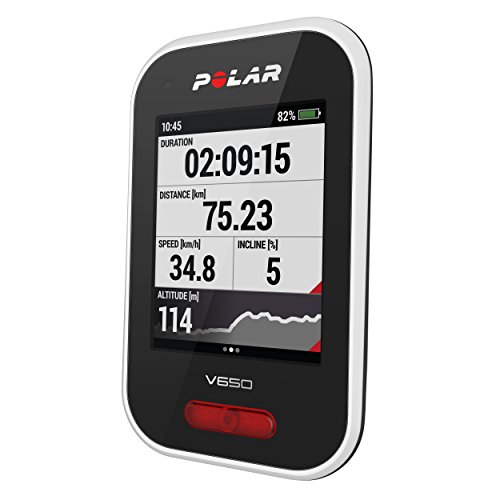 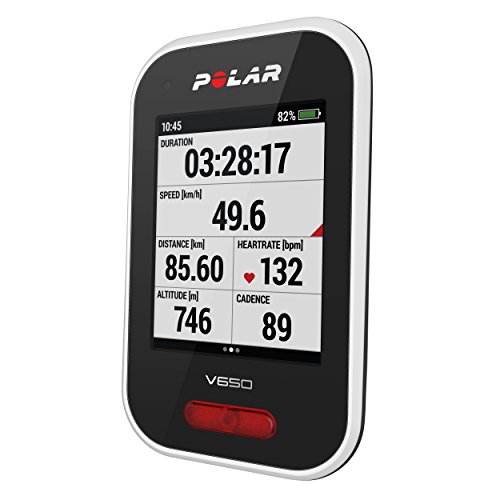 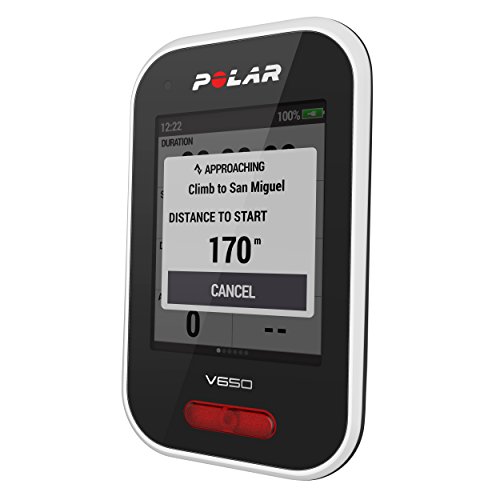 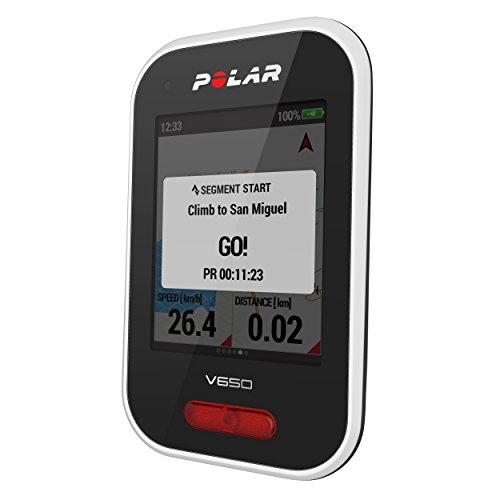 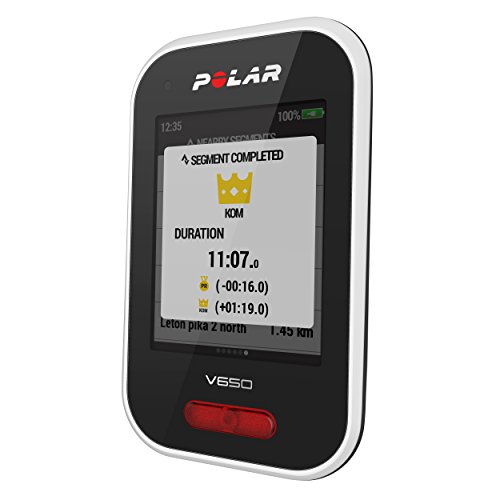 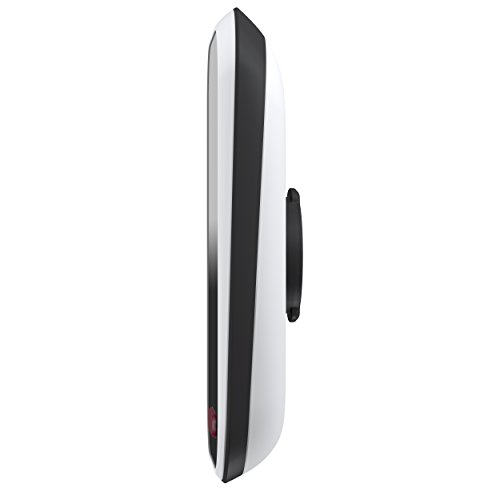 At the time of writing, polar v650 is ANT+ compatible.

To update your polar v650, Plug the micro USB connector into your V650, and plug the other end of the cable into your PC. You will notice FlowSync starts syncing your data. After syncing, you are asked to update the firmware. Choose Yes & now your device will update to its latest version.

To reset your polar v650, Go to Settings and choose Factory Reset.

Does it provide accurate navigation?

How well does the voice recognition work?

Is the screen easy to read?

Yes. The screen is pretty easy to read and use.

How is the battery life?

Polar M460 Review : Is it the Right Device for you?

Read More
Polar M460 Review : Is it the Right Device for you?

6 Best GPS Watches For Mountain Biking that you will adore

**As an Amazon associates, I earn from qualifying purchases**You may read the full disclosure Here in your Language.